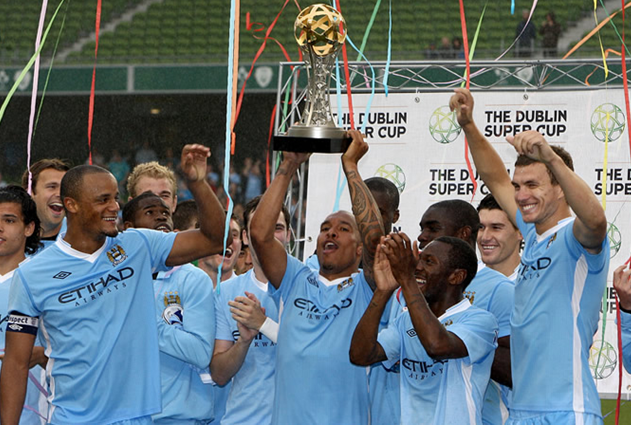 Endemol Sport teamed up with The Football Association of Ireland (FAI) to create the Dublin Super Cup, a pre-season competition that brought the biggest names in world football to Ireland’s Aviva stadium.The star-studded first squads of Scottish giants Celtic FC and Premier League title-chasers Manchester City joined Italian, European and World Club champions Inter Milan for the inaugural football festival. The electrifying line up was completed by the Airtricity XI, a team selected from the best players from Ireland’s top domestic League.  Arcana were commissioned to devise and produce the Opening Ceremony Spectacle; incorporating a festive atmosphere with drummers, dancers and quite of lot of umbrellas, the pre-match spectacle set the tone for this Festival of Football.